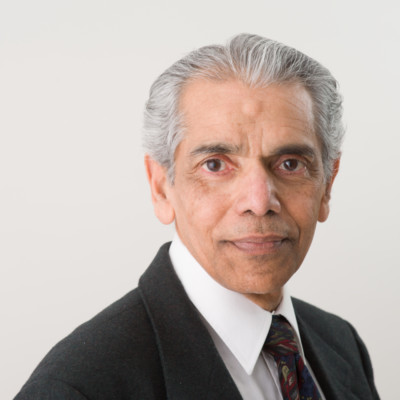 John Poothullill practiced medicine as a pediatrician and allergist for more than 30 years, with 27 of those years in the state of Texas. He received his medical degree from the University of Kerala, India in 1968, after which he did two years of medical residency in Washington, DC and Phoenix, AZ and two years of fellowship, one in Milwaukee, Wisconsin and the other in Ontario, Canada. He began his practice in 1974 and retired in 2008. He holds certifications from the American Board of Pediatrics, The American Board of Allergy & Immunology, and the Canadian Board of Pediatrics.

During his medical practice, John became interested in understanding the causes of and interconnections between hunger, satiation, and weight gain. His interest turned into a passion and a multi-decade personal study and research project that led him to read many medical journal articles, medical textbooks, and other scholarly works in biology, biochemistry, physiology, endocrinology, and cellular metabolic functions. This eventually guided Dr. Poothullil to investigate the theory of insulin resistance as it relates to diabetes. Recognizing that this theory was illogical, he spent a few years rethinking the biology behind high blood sugar and finally developed the fatty acid burn switch as the real cause of diabetes. Recently his own cancer diagnosis lead him to research cancer and childhood cancer.

In the years since Dr. John retired from my medical practice as a pediatrician and allergist, he has devoted his life to public health. As a patient advocate, he strives to empower people with new scientific insights and complementary approaches to preventing obesity, reversing Type 2 diabetes, and surviving cancer.

Dr. John's books have educated and inspired readers to take charge of their own health. Especially now, it is important to be able to discern medical disinformation from fact. His 5th book, Your Health Is at Risk: How to Navigate Information Chaos to Prevent Lifestyle Diseases, was recently released and discusses just that. There are many steps you can take to make changes in your own health, but Dr. John also empowers us that we must demand certain changes in our healthcare system as well.

View Dr. John's Press Release for "Your Health Is At Risk".

Dr. Poothullil has written articles on hunger and satiation, weight loss, diabetes, and the senses of taste and smell. His articles have been published in medical journals such as Physiology and Behavior, Neuroscience and Biobehavioral Reviews, Journal of Women’s Health, Journal of Applied Research, Nutrition, and Nutritional Neuroscience. His work has been quoted in Woman’s Day, Fitness, Red Book and Woman’s World.

Dr. Poothullil resides in Portland, OR and is available for phone and live interviews.

1. The theory that insulin resistance causes Type 2 diabetes is an entrenched part of medical dogma. What prompted you to challenge it?

2. After years of researching the biology behind high blood sugar, you developed the fatty acid burn theory to explain the cause of diabetes. Please explain this theory.

3. Your new book is titled "Your Health Is at Risk: How to Navigate Information Chaos to Prevent Lifestyle Diseases." What lifestyle diseases do you address?

4. One of your previous books is titled 8 Steps to Reverse Type 2 Diabetes in 8 Weeks. What is the number one thing people should do to reverse diabetes?

5. Why do you consider COVID-19 and other pandemics a lifestyle disease?

6. You say that the medical establishment — including endocrinologists and the pharmaceutical, medical device, and artificial sweetener industries — have promoted misinformation about Type 2 diabetes. What are some examples?

7. How is missing information contributing to the epidemic of obesity, diabetes, and cardiovascular diseases?

8. What are three things people need to know to avoid and survive cancer?

9. What are some widely held myths that contribute to heart disease, and why are they false?

10. What should people be doing to make more informed decisions about their health and lifestyles?

11. People are sometimes afraid to ask their doctors pointed or informed questions, but you say it is imperative for their health. What should people do if their doctor is dismissive of their concerns?

12. As a physician who challenges medical orthodoxy and advocates for patients, how do you advise patients to get their doctors to consider alternative viewpoints?

Visit my media page for a full list of my interviews. Recently I have been published in Thrive Global, and interviewed on The Mother Love Show, Born To Talk, and Pharmacist Ben.

I have over 10K followers on facebook and 800 followers on Instagram. I have a weekly blog that I share to a newsletter with over 1K subscribers. I have a marketing team that will highlight my shows to these audiences. My youtube channel has over 100 videos I have shared over the years.