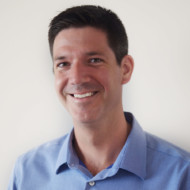 Successful real estate investor Phil Capron purchased his first property in Norfolk, VA, while honorably serving in the United States Navy as a Naval Special Warfare Combatant Craft Crewman (SWCC). While he enjoyed jumping out of planes, shooting machine guns, and practicing small unit tactics with Navy SEALs and other Special Operations Command operators, he realized in that first purchase that real estate was something he had a passion for, and he committed to pursuing real estate further when his time in the service was over.

While still in the Navy, Phil took a course to obtain his real estate license, and upon separation from service in 2012, he immediately went to work in the industry. He started by selling the homes of his friends from the Navy as they transferred to Virginia from other duty stations. Phil recognized the opportunity to capitalize on his new skill set, and began flipping houses with one of his Navy teammates. 5 years and 30+ flips later, he was ready to create real wealth, and dove headfirst into his first multi-family acquisition, a 13-unit property in Norfolk. 245 units later, he spends his time searching for the next apartment building or helping new investors get their first deal. Phil prides himself on his ability to create win-win solutions for complex problems, and credits his time in the military to his tenacious, no-quit attitude and commitment to teamwork and delivering on promises.

Today, Phil shares his own story and secrets to success in his new book Your VA Loan: and how it can make you a millionaire, where he outlines strategies for active military members and veterans alike to leverage the power of their VA Loan to achieve financial freedom.

How to leverage your VA Loan and generate sustainable passive income
The advantages of investing in commercial real estate
How a simple shift in peer group helped me pursue my calling
Taking action: how to avoid analysis paralysis and make a move
Failing forward: my journey through the military, the highs and the lows

From Military to Millionaire with David Pere