Mike Domitrz is on PodcastGuests.com - Invite Mike Domitrz to be a guest on your podcast
Back to Directory 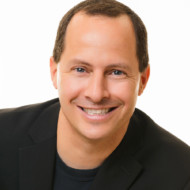 Author, Experienced Media Source, and Founder of The DATE SAFE Project and The Center for Respect

United States
WI
Male
Remote or face-to-face interviews
About Me
Business Education
One of the early experts for helping create a culture of respect, Mike Domitrz shares critical skill sets with audiences of all ages and demographics - for helping people live a life founded in respect - from the boardroom to the bedroom.
Why Mike Domitrz? Decades before mainstream America was discussing "Asking First" or sexual harassment cases were on the cover of every major media publication, Domitrz was being brought in by leading educational institutions and the U.S. military to help them pursue a new standard of consent and respect.
With Mike being the author of 3 books and an award-winning DVD, you get one of the world’s leading influencers and thought-leaders on the topic of Respect.
You may have seen Mike on NBC Dateline as a featured subject matter expert; being quoted in international news publications; or have heard him on one of the many podcasts he's been featured on. Or you may heard him as the host of The RESPECT Podcast with Mike Domitrz.
For Mike, his mission is personal. When he was 19-years-old, his sister Cheri was raped. From her strength and courage of being a survivor, Mike became inspired to speak out and make a positive impact.
Mike founded The Date Safe Project which conducts trainings for tens of thousands each year. Today, small and large companies and associations are turning to Mike Domitrz to help them do what he has done for universities and the US Military - Create a Culture of Respect throughout their organization.
Mike's extensive experience and incredible talent as a speaker enables him to connect with audiences of all ages in honest, unique conversations that are always built on creating positive behavioral change for each individual. Imagine teaching 15-year-olds about “Asking First” and then later that same day talking with Admirals and Generals about creating mutually amazing relationships. You know Mike will be able to connect with each person in your audience.
Help create a transformation for your listeners by building a culture of respect with Mike Domitrz.

What is the biggest mistakes organizations make when trying to address sexual harassment and/or respect?
How is #metoo and #timesup impacting today's world? Is this a turning point in history?
What is the biggest myth that society has around asking first and consent?
How can we instill a culture of respect in our homes?
What is the biggest difference for you when talking in front of audiences in our military vs schools vs corporations?
What is the challenging moment you've ever had with an audience member?
How do you know your work is actually making a difference?
How do you respond to people who say the pendulum has swung too far and has lead to political correctness going overboard nowadays?
How do you define consent?
What is your personal story that drove you to this mission?

Podcast Appearances as a Guest:

Host of The RESPECT Podcast with Mike Domitrz:
http://www.RespectPodcast.com

and many more examples of Mike being a frequent expert for print journalists.